Eats:  Fluids!  No, it’s not a new diet.  It’s the stomach flu!  No kidding, everyone in the house was sick this week so I indulged in such delicacies as Lemon Lime Gatorade, Canada Dry Ginger Ale, and Fruit Punch Gatorade.

Pandora:  Celtic music is my jam.  This week I’ve been listening to a lot of it.  This is possibly because I watched Braveheart a few times while I was sick (as one does), but I’ve always had an affinity for the fiddles and bawdy lyrics.  If you haven’t before, search “Celtic” in Pandora, choose “Station” and give it a listen. I bet you’ll be doing an Irish jig in no time.

Wanderlust:  Nothing new to report, sadly.  It’s a dream of mine to go to a film festival, though, and I might be close to making that happen.  Fingers crossed!

Workouts:  Because of the sickness, all I managed were Gatorade curls and sleep.  I will say, though, that the sleep was glorious.  Also, my older son is a blue belt in karate right now and I get a “kick” out of watching him practice!

Spiritual: Lots of talk about magic going on in our house this week, thanks to the Harry Potter books and Hogwarts at Universal Studios.  My son and I had an interesting discussion about magic, in which he stated he didn’t realize that “real” magic existed.  “Of course it does!”, I told him, hand to chest in faux dramatic fashion.  I let him know the secret, as I understand it:  The less a person believes in magic, the less one sees it.  The more a person believes in magic, the more he or she will be able to recognize it in the world around him.  He was delighted in this truth, and I was delighted to share it with him.

Dreams:  Animals!  I’ve had dreams about baby pandas and an avalanche of black sheep this week.  I am SURE they mean something but also sure that I probably don’t want to know.

Photographing:  Lots of screen shots of quotes this week.  I’ve been kinda grumpy and stressed, so I keep things to help me remember nice thoughts and encouraging words.

Movies and TV: I’ve been waiting to write this portion of the blog all week!  Rumor has it (and rumor actually confirmed by Vanity Fair ) that the original cast of The Karate Kid will be reuniting for a TV special!  Words cannot express (at least, not any words in my limited vocabulary) the elation I experienced when I heard his news.  For many reasons these films (ahem, the originals only) hold a special place in my heart.  Of course, there will be a gigantic Pat Morita – sized hole in the special, but I’m hopeful that his character will be treated with honor and respect.  Ralph Macchio is by all accounts quite a nice guy, and I hope this is a hit for him and Billy Zabka.  I will definitely be watching!

Library:  Harry Potter and the Sorcerer’s Stone.  Seriously, I’m only 2 pages in.  This week I’m taking sabbatical from work (don’t worry, they know about it) so I will try and sink my teeth in and share with you guys if I catch feelings.  Or start speaking Parseltongue.

Tech:  Words With Friends, mis amigos.  I’ve been challenged this week by friends, former English teachers, and total strangers.  I’ve won, I’ve lost, I’ve pitched my fists into the air in frustration.  It’s a great way to keep the mind sharp, or to get upset about how dull your mind is.  It’s one or the other.  Also, check out the Robin Hood App.  It’s a FREE stock trading app, and it is quite user-friendly.  Aptly named after the legendary outlaw who “robbed from the rich to give to the poor”, this app promises to help the “little guy” who isn’t educated on trading to build his portfolio.  Does it work?  I have no idea.  Right now they have a promotion going and if you sign up RIGHT OVER HERE you will receive one free share of mystery stock.  You can also receive free stock for any person who signs up using your link.  Free stock is free money, so go get some!

One last serious note: Rest in Peace, dear Robin Williams. It’s been three years already. Your life touched me.  Your death shook me.  Your legacy inspires me.  **If you or someone you know is struggling with depression or considering suicide, please get help.  You are not alone and you are worth fighting for.  You are unrepeatable.  There is a magic inside you that is all your own. (D.M.Dellinger) 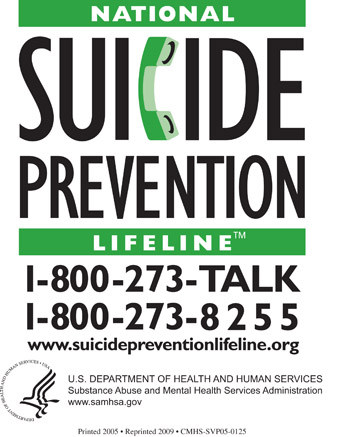 My favorite picture of this brilliant, kind spirit